First Class Electronic Services Pty Ltd has been in the radiocommunications industry since 1985 and continues to enjoy steady growth each year by providing customer service that is unparalleled in our industry. Our local and interstate customers appreciate that we are the only radiocommunications company that is truly contactable 24/7.

First Class Electronic Services covers three divisions: Renta 2-Way, Buya 2-Way Radio and Poc 2-Way. Whether you require purchase or rental, from one day to months or longer, we offer full support. Our friendly staff and in-house technicians can design, tailor and deliver a solution for your company or event, no matter the size. We specialise in catering for an individual customer’s exact requirements.

We are proud corporate members of ARCIA – the Australian Radio Communications Industry Association. 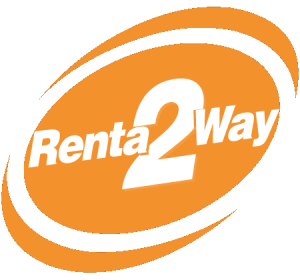 Renta 2-Way provide two-way radio, satellite phone and emergency beacon rental solutions for safety, event management, industry, security, sporting groups, schools and many other activities. Renta 2-Way has demonstrated track record of providing effective and innovative radiocommunication systems for all types of events ranging from a local school fete through to major events such as the Melbourne Cup Carnival at Flemington Racecourse. Our fleet of constantly-updating digital radios are meticulously maintained by our expert technical staff to provide a worry-free and reliable service.

Buya 2-Way Radio is your go-to store for two-way radios and accessories. Our massive online store has hundreds of products and accessories available from leading manufacturers such as CRS Accessories, GME, Icom, Kenwood, Motorola, Pactel, RFI and Uniden. Many online retailers trade thousands of products and unfortunately offer little support with nothing but the final sale in mind. We specialise in the sale of two-way radios and accessories understanding that individual customer requirements may differ. The outcome of any sale should always be whatever is best for the customer. 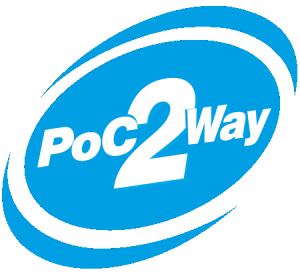 PoC 2-Way provide industry leading Push-To-Talk over Cellular (PoC or PTToC) communication solutions for all users. PoC utilises the existing Australian mobile networks from Optus, Telstra or Vodafone to provide a radio-like experience with massive, nationwide coverage anywhere there is 3G or 4G/LTE coverage. This type of communication system gives customers the benefit of wide area coverage without huge infrastructure setup costs. Many potential options exist around which device to use with which platform but don’t worry – we will design a solution to meet your exact requirements.

Over the past four years GTR Events has worked together with Renta2way to create comprehensive communication solutions at a reasonable cost to implement at our National and International Events. The team continuously provides a professional service and works closely with GTR to understand the full extent of our event requirements. Renta2way think outside the box when it comes to finding a solution to enhance coverage; whether it be a repeater in an airplane to cover a 170+km area, set up equipment at 4am in the bush to service a specific location or engineer battery eliminators for handheld radios. Over our peak summer period (1 month) Renta 2way provide over 737 units and approximately 350 man-hours to GTR Events.

During the Melbourne Cup Carnival Renta2way supply more than 500 two way radios and manage more than 25 channels to ensure the operations of one of Australia’s biggest events runs to schedule. The integrity of the system is paramount to ensure seamless communication throughout the key stakeholders and Renta2way continually deliver high results to ensure they are a key component to the success of the Melbourne Cup Carnival.

Sept 2014 – Renta2way provided us a Sat phone for our trip along the Anne Beadell Highway, when we could not make contact with our desired 1800 emergency phone number Renta2way contacted the company for us, delivered our message and then rang to make sure we were OK. We were in a power of strife and Renta2way went above and beyond with their customer service. We are safe and very grateful. Thanks especially to Jason.

February 2008 myself and a friend decided to walk the South West Track in Tasmania. We were well prepared in terms of our fitness, food and gear, or so we thought. The first day we met gale force winds and hail. The second day began with an over the head river crossing followed by nine hours of thigh deep mud and relentless forest.Day three and four were hard walking in cold wet weather but the beaches and beautiful scenery were well worth it. Day five we made great time up and over the Ironbounds before descending onto the river flats. 10 minutes from the camp site I slipped on a moss covered boardwalk (the first boardwalk for three days!) which resulted in a fractured dislocation of my left ankle. After careful assessment of our circumstances we realised we were stuffed!!.

I wasn’t able to move and we didn’t have an EPIRB. We had discussed the virtues of an EPIRB with our husbands prior to the trip but I hadn’t gone to the trouble of getting one.

Two boys we had met earlier in the trip (they were the only two traveling in the same direction as us) were due to come over the Ironbounds the same day. We new they had an EPIRB as we had discussed it with them on the first day. We waited and hoped we werent wrong. Half an hour later they came to our rescue. After lengthy discussions and weighing up our options, we decided we had no choice but to set off the EPIRB. We were well aware of the repercussions and responsibility associated with setting it off but really felt we had no choice. I fell at 3.00pm, we set the EPIRB off at 5.00pm and we first heard the helicopter at 7.00pm. The Tasmania Police Search and Rescue arrived only two hours after we set it off the EPIRB. Great system and I have never been happier to see four good looking blokes come to my rescue!

Lessons learned – never go into the wilderness without an EPIRB as you never know what is going to happen. A silly accident after all we had been through but it can happen to anyone.