The Iridium Network is the only truly global satellite phone network providing 100% global coverage. Iridium’s coverage and reliability are unmatched by any other network and are why we only offer satellite phones on the Iridium Network. Most other satellite voice systems consist of a handful of strategically placed geostationary (don’t move relative to Earth) satellites. The Iridium satellite constellation consists of 66 active satellites in constant orbit across 6 planes, with 11 spares – hence the name Iridium (element with atomic number 77). Furthermore, Iridium recently invested over $3 billion in launching new satellites, replacing all of the original satellites placed into service in the 1990’s.

Each satellite completes a full orbit in roughly 100 minutes at an orbital velocity of a whopping 27,000km/h. With 11 satellites in each plane and 2 planes providing coverage to Australia, this translates to another satellite passing overhead in less than 5 minutes. This layout has proven itself to be robust and reliable, providing coverage for thousands of users and saving countless lives since the first call went through in 1998. 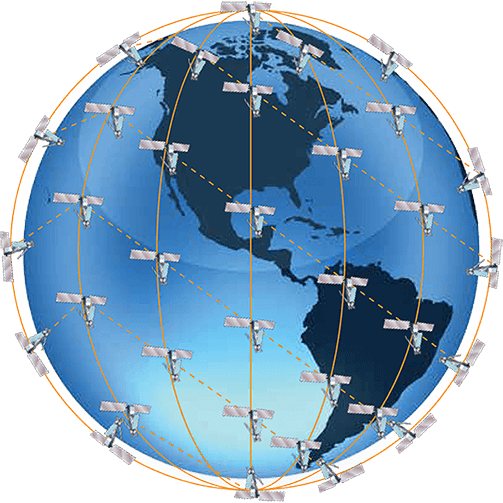 < Previous: Why hire a Satellite Phone?