For peace of mind when on a remote adventure, we offer low cost rental of the MT410G Personal Locator Beacon (PLB). With every hire, we personally register each beacon with the hirer’s trip details with the Australian Maritime Safety Association (AMSA). You can list as much information as you wish about your trip and upon activation this information will be viewed by AMSA and used to aid your rescue efforts.

A PLB is much like an EPIRB only smaller, and designed for use on land more-so than on water. In a situation of grave & imminent danger it takes only seconds to activate the beacon and AMSA will respond immediately.

“February 2008 myself and a friend decided to walk the South West Track in Tasmania. We were well prepared in terms of our fitness, food and gear, or so we thought. The first day we met gale force winds and hail. The second day began with an over the head river crossing followed by nine hours of thigh deep mud and relentless forest.Day three and four were hard walking in cold wet weather but the beaches and beautiful scenery were well worth it. Day five we made great time up and over the Ironbounds before descending onto the river flats. 10 minutes from the camp site I slipped on a moss covered boardwalk (the first boardwalk for three days!) which resulted in a fractured dislocation of my left ankle. After careful assessment of our circumstances we realised we were stuffed!!.

I wasn’t able to move and we didn’t have an EPIRB. We had discussed the virtues of an EPIRB with our husbands prior to the trip but I hadn’t gone to the trouble of getting one.

Two boys we had met earlier in the trip (they were the only two traveling in the same direction as us) were due to come over the Ironbounds the same day. We knew they had an EPIRB as we had discussed it with them on the first day. We waited and hoped we werent wrong. Half an hour later they came to our rescue. After lengthy discussions and weighing up our options, we decided we had no choice but to set off the EPIRB. We were well aware of the repercussions and responsibility associated with setting it off but really felt we had no choice. I fell at 3.00pm, we set the EPIRB off at 5.00pm and we first heard the helicopter at 7.00pm. The Tasmania Police Search and Rescue arrived only two hours after we set it off the EPIRB. Great system and I have never been happier to see four good looking blokes come to my rescue!

Lessons learned – never go into the wilderness without an EPIRB as you never know what is going to happen. A silly accident after all we had been through but it can happen to anyone.” 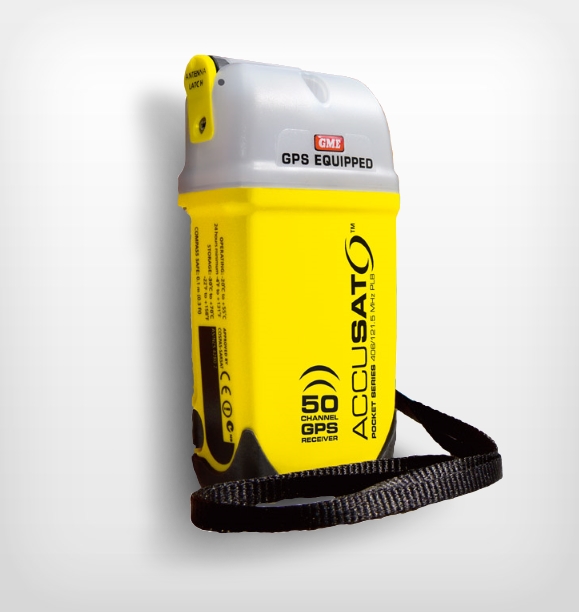 The GME MT410G Personal Locator Beacons are enabled with the integrated GPS option. GME are leading the world with feature innovation and user benefits.

Today with cutting edge microprocessor technology, Renta2way is pleased able to offer the outdoor adventurer a 406 MHz PLB solution that provides enhanced peace of mind for boaters, bushwalkers, 4X4 enthusiasts and aviators should they ever require emergency assistance.

GME has been designing and manufacturing emergency beacons in Australia for over 30 years. In that time, literally hundreds of lives have been saved in Australia and around the world.